This past weekend I got to go on a little vacation to Santa Barbara with Jeff for his work. How can you say no to a free trip?! He coaches a basketball team so we did have to road trip down with ten teenage girls. They were surprisingly entertaining and the drive there and back were not as bad as we expected. But I slept most of the way there and back, so that helped!

We didn’t get to do as much fun stuff as I had hoped because we were busy with basketball stuff the majority of the time. But I expected that and it was a free trip so whatever. Just a little frustrating because I had planned to make my first vlog for the trip and I didn’t have a ton of great content. But I made the vlog anyways. I figured I just needed to do it to get experience editing videos as well as getting comfortable being on video.

I’ve always hated the way my voice has sounded, but I know it’s just me being weird. Plus I needed to just do it because now I know I can and they’re only going to get better from here! I’ve been meaning to post a video for a week or two now, but I’ve kept putting it off with some lame excuse.

But anyways, you can check out the vlog here – Travel Vlog: Weekend in Santa Barbara. Please no negative comments because I was super nervous about this whole thing – filming and editing and posting. It’s hard not to compare yourself with other gorgeous and successful vloggers and not feel self doubt or like you’re not good enough when you’re just starting out and have no idea what you’re doing. But it was a ton of fun and now that my first video is out of the way, I already feel more confident about my next ones! 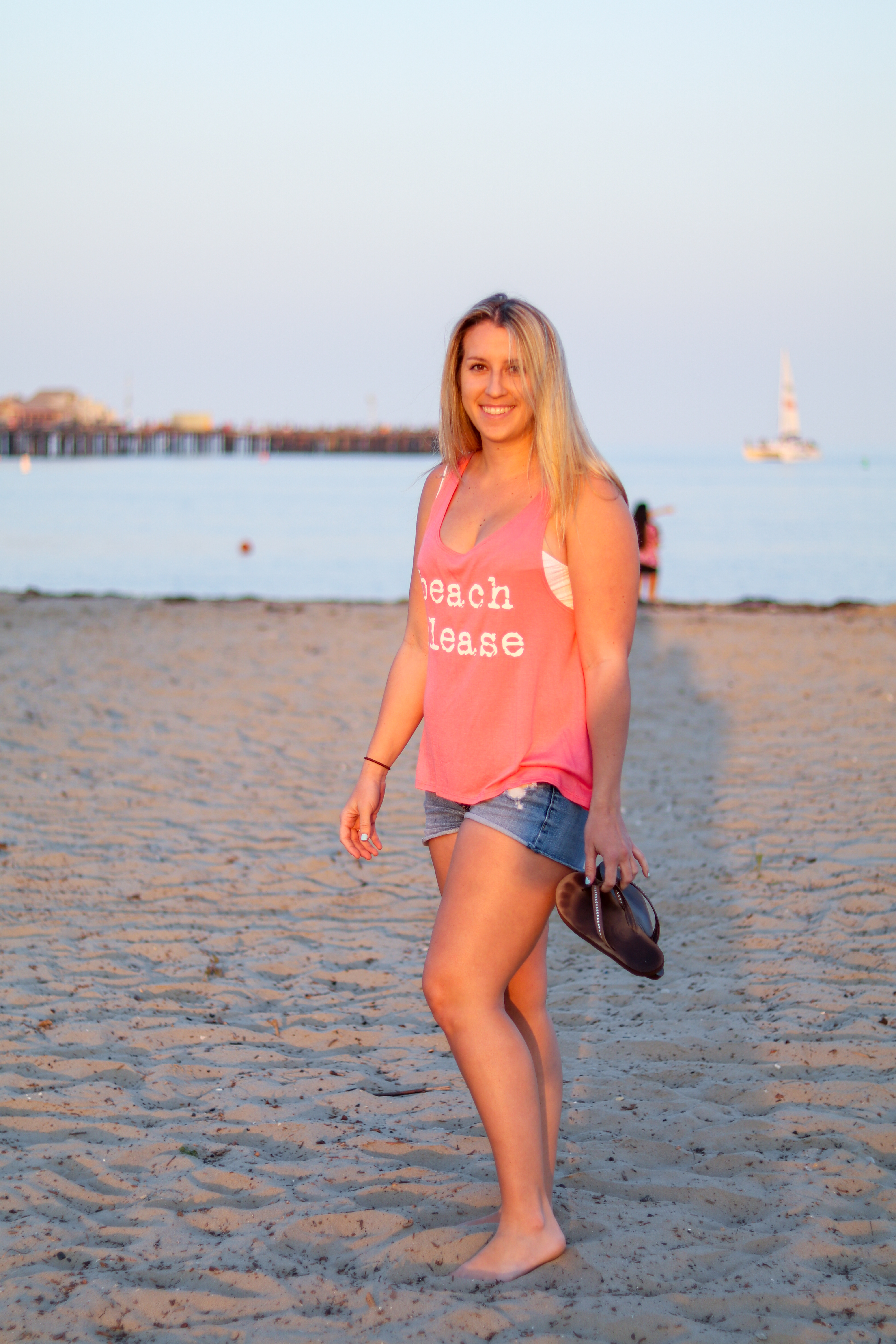 The weather was perfect the entire weekend, it was a gorgeous weekend to be in Santa Barbara. The tournament was on the UCSB campus which was pretty cool to see. We actually stayed about ten minutes outside of Santa Barbara in Goleta. The Marriott we stayed at was absolutely gorgeous! There were two fire pits outside that Jeff and I sat around and just relaxed at night. One night we took the girls to eat at Habit Burger in downtown Santa Barbara so we could take the girls to the beach. Somehow we ended up facing the wrong way to watch the sun set! But we still had a gorgeous view and a ton of fun playing on the beach.

And as much as I loved going away for the weekend, I really missed being home. I missed my fur babies too much. I was surprised at how much I missed the healthy food I’ve been making at home.

But let me know what you think and what I can improve on or what other videos you’d like to see in the future in the comments here or on the video! Likes and subscribes are much appreciated 🙂

Just looking for a grizzly bear 🐻

Paradise doesn’t have to be tropical 🏔❄️